Microplastics and those pesky teabags 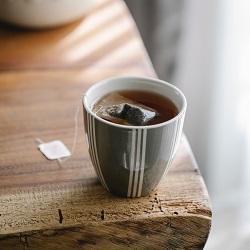 In the UK, over 60 billion cups of tea are made annually using teabags (around 6000 of these in the Analytix office alone!). Although teabags are typically made from paper, they often include a small amount of plastic that is used to seal them shut although some teabags use a plastic mesh for the bag itself. A recent study showed that single teabag can release more than 11 billion microplastic and 3 billion nanoplastic particles into the hot water.

An application note from Analytix used a CDS pyrolysis system to analyse tea bags from two manufacturers where a GCMS EGA method was followed by multistep pyrolysis. As expected, paper was identified in each of the two bags however one also contained a styrene-methacrylate polymer and the other polyethylene.

This application note is a continued study to further quantify microplastics concentrations in a variety of materials. In this case a teabag is really a single use plastic and most tea drinkers are not just ingesting plastic but potentially adding to the environmental burden – gives you something to think about with the next 3pm cuppa.