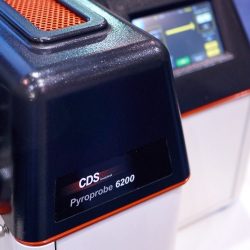 CDS has launched a 6th generation of analytical pyrolysers that can be configured for standard and slow rate pyrolysis, pyrotomy, reactant gas pyrolysis (O2, H2, or gas of any choice), EGA studies, high pressure pyrolysis with reactant gas and elevated pressure through to steam pyrolysis. Other sampling options are available that makes the system much more than a polymer GC introduction system and can be considered as a thermal injection system for all matrices. 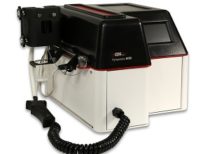 Analytical pyrolysis requires accurate control of pyrolysis temperature, pyrolysis time, and temperature ramp rate, the Model 6000 analytical pyrolysis system series provide control of all three parameters. Analytical runs may be programmed up to ten steps per sample from ambient to 1400°C with automatic control of the on-line valve, interface temperature, and GC ready/start for each step. The unique interfacing design permits a direct pyrolysis path to the GC inlet or rapid sample heating and transfer to the trap without interrupting the pneumatics of the GC. The transfer line can be co-installed with a GC liquid autosampler and can be removed in under 15 seconds if required. 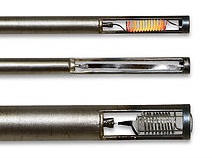 CDS pyrolysers employ resistively heated filaments ensuring there are no secondary pyrolysis fragments or condensation loss of high boiling point compounds. The systems can be installed quickly onto any GC/GCMS with control either by the built-in touch screen or PC software that is pre-programmed with a library of pyrolysis and thermal desorption methods. 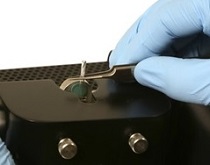 Sample probes are available in a variety of designs and sizes including a flat ribbon probe where the sample is placed directly on the platinum for pyrotomy studies, and a coil probe where solid and liquid samples are placed into quartz tubes before inserting into the platinum filament.

For the 6200  a unique one-shot autoinjector is included that consists of a ‘Drop in Sample Chamber’ (DISC) that eliminates the need to insert the sample tube into the coil probe. The DISC option is ideal for laboratories analysing a small number of samples or to reduce manual handling.

The 6000 series is available in two versions, the 6150 where pyrolysis takes place in the GC carrier gas, and the 6200 that can be fitted with a number of different options for flexibility e.g. reactant gases.

The 6200 system has a built-in low thermal mass analytical focus trap with active cooling. The trap includes a pre-desorb pre-heat function that seals both ends of the trap and pre-heats it prior to desorb to the GC. This process significantly improves the early eluting module compounds producing sharp peak shape resulting in improved peak resolution. A selection of trapping materials can be used depending on the analytes to be trapped. 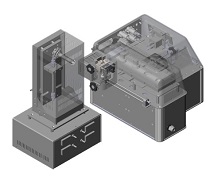 The external tandem catalyst reactor option allows the study of high temperature catalyst reactions on a small scale in the laboratory before undergoing the time and expense of scaling up to a pilot reactor. Samples are initially pyrolysed in either the 6150 or 6200 pyrolyser and the pyrolysate is purged to the external reactor that contains a heated catalyst bed for secondary reaction.  After the process is complete, the analytes are transferred to the GC at normal operating conditions. Any reactant gas can be used in the pyrolysis chamber including H2, O2, CH4 or CO  with a catalyst bed of the users choice.

The 6200 system is fitted with a Multi-Purpose Rail Mount (MPRM) to allow easy mounting of optional accessories, such as the Autosampler Module, Dynamic Headspace Module, Thermal Desorption Module, and Manual Probe. The MPRM provides assisted alignment when installing new modules.

The 6200 system offers the ability to carry out a leak check of all sample lines. Controlled by the pyrolysis software, the leak check is conducted prior to an analysis that allows the user to conduct the pyrolysis studies with peace of mind. In addition, the self diagnosis capabilities aid in identifying possible leaks or possible blockages during routine preventative maintenance, servicing or if troubleshooting the system.

The newly designed valve oven guarantees the sample path is evenly heated from the autosampler or DISC system to the integral trap and through to the transfer line to the GC. The design ensures that there are no ‘cold spots’ that would result in loss of pyrolysate through condensation and possible contamination. A heating temperature of 350 °C assures minimum carry over.

Both the 6150 and 6200 pyroprobes are designed with quick release panels that require minimum tools for access into the systems. The track pull-out design and drop down side panels enable faster servicing with easy diagnosis and quick exchange of parts to minimise instrument downtime. The design also enables easy and fast installation if either system is upgraded with some of the optional modules. 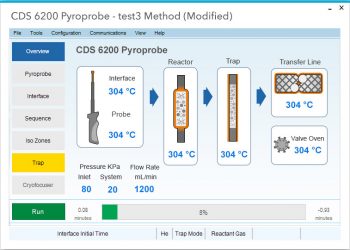 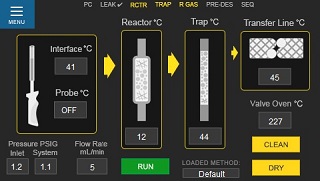 With the vast array of polymers and additives, and the continual development of new ones, finding trace amounts in an unknown polymer sample is becoming increasingly difficult. CDS has developed several libraries for polymers, polymer additives, and even biofuel compounds. The libraries contain hundreds of spectra to make the most comprehensive set of libraries that will aid in making data interpretation easier than ever.

Most polymers are not included in standard GCMS search libraries as the whole polymer itself cannot be chromatographed. The Polymer Library consists of 500+ polymer standards where the individual spectra from a pyrolysis chromatographic run are averaged to produce one spectrum for that polymer. At the end of a sample run, the whole TIC is averaged and compared to the Polymer Library.

An example is a sample of clear plastic that when pyrolysed produced styrene monomer, dimer and trimer indicating polystyrene, which is a logical choice for this kind of material (Fig. 1.). When the pyrogram was averaged (Fig. 2) and searched using the polymer library, the best fit was for a copolymer of styrene and butadiene (Fig. 3) and not pure polystyrene. Closer investigation of the smaller peaks in the pyrogram did reveal the presence of butadiene oligomers, information that may have been missed by a visual inspection of the pyrogram.

The number of polymer additives is growing constantly and are often difficult to identify as they are present at trace levels and sometimes not found in Wiley or NIST libraries. The Additive Library contains 500+ compounds and is used in conjunction with a deconvolution program such as AMDIS that assists in searching for user specified compounds in a complex pyrogram.

The polymer additives libraries are categorised under searchable subgroups such as:

Back to Pyrolysis Systems

Our applications are updated regularly, please click here for listings.

To request further information about our product range get in touch