Measurement of mercury in soils 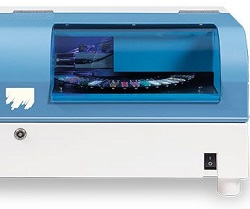 As more emphasis is placed on the monitoring of mercury emissions, both private and public institutions are looking at characterising soil. Contaminated soil has to be excavated and remediated, or depending on the level of contamination, disposed of as hazardous waste.

Several methods are available for mercury analysis in soils such as Cold Vapor Atomic Absorption and ICP-MS. These methods however require prior sample preparation that can often cause a problem due to the volatility of mercury. In addition the methods are labour intensive, subsequently expensive, and have a long turnaround time.

Direct mercury analysis, as described in EPA Method 7473, is an alternative to these methods and has been used successfully to determine total mercury in environmental samples such as soils. This technique requires no sample preparation and delivers results in as little as six minutes per sample making it significantly faster than traditional wet chemistry.

The Milestone DMA-80evo direct mercury analyser does not require any sample preparation or additional reagents thus eliminating the risk of mercury loss and cross contamination. The system can measure low ppt levels and does not require daily calibration. It also has the advantage of ‘running on air’ that removes the requirement for in-house or bottled gases.